It’s normal at the end of year to always go back and reflect over the happenings of the year.  Sometimes questioning, obsessing, scrutinizing specific moments, decisions.  Why did that happen?  Did I do the right thing?  I should have done X, and so on.

So as I write this, I am thinking about the serious roller coaster 2013 turned out to be.  We made some pretty significant decisions and changes that not only affected myself, but my family.  Did we do the right thing?  (I stress the WE, because it was totally a group decision).  Was it worth it?  Will it be worth it?

Last year this time, we were sitting on pins and needles waiting to hear if the acquisition of CI by Google was going to go through.  That was the longest few months!  We finally heard in February it was going to happen.  Exciting right?  Sure!  All the hard work, long days and nights, that everyone had put in for years, hoping, wishing something big would happen, was finally coming true.

BUT, with all the excitement meant there was a huge change looming.  If I wanted to continue on this journey, working for Google, meant a move to Pittsburgh, PA.  YIKES!  Pittsburgh?  Come on, let’s be real, that is typically not a top city destination on bucket lists of places to live.  What about the family?  Could Ron move?  What about his job?  What about the kids?  Should we pack them up and move them to a city we know nothing about, far away from all their family and friends?  Needless to say, lots went into the decision making process.  In the end, we made the best decision we could at the time for everyone involved.  So far, it’s been a work in progress, it’s hard.  Lots of traveling, hours upon hours of Skype, Google Hangouts, and FaceTime, but we’re making it work.  We count days until we are together again and try to stretch out the time when we are.  It honestly makes our time together more special.  We treasure our family time and don’t waste a moment.  In this regard, it’s actually been a bit of a blessing.

Pittsburgh has surprised me.  It’s actually quite an interesting city.  It’s in the middle of a resurgence, huge growth, plus lots of history (something Orlando was lacking).  We’ve taken the river boat tour, we’ve been to the top of Mt. Washington, slide down a blue slide, we’ve gone to Heinz Field, checked out a few museums, seen a giant rubber duck, explored a cathedral, just to start!

On top of being so busy in the new city, we’ve been traveling like crazy.  Not just back to Florida, but being here in Pennsylvania has put us closer to Connecticut, which puts me closer to Candie and family!   Lastly, London and Dublin were in the books for September for work (poor me, I know).

Here we are, December is here and I sit and reflect over the year.  It’s been a ride.  Lots of ups and downs.  I miss my husband and boys like crazy.  When we are apart I feel as though a piece of me is missing.  When we are together, everything is in place.  Ying and Yang.  Will this be our life for long? Who knows, we take each day as it’s own.  All I know is that I am so very thankful every single day for my awesome husband, sons and daughter, who have been on this ride with me.  I can’t tell them enough how much I love them! 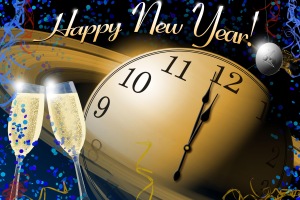 One thought on “Reflections”